You are here: Home / Disney / Queen of Katwe In Theaters 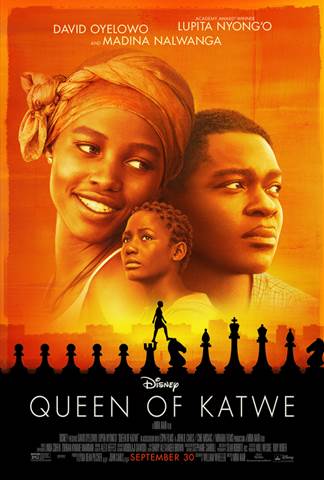 A few months ago when I was in Los Angeles for the premiere of The BFG we were also able to screen Queen of Katwe (for pics of the real life inspirations for the film, click that link).  Before we saw the film I didn’t know anything about the movie, so I was curious.

“Queen of Katwe” is based on the vibrant true story of a young girl from the streets of rural Uganda whose world rapidly changes when she is introduced to the game of chess, and, as a result of the support she receives from her family and community, is instilled with the confidence and determination she needs to pursue her dream of becoming an international chess champion. 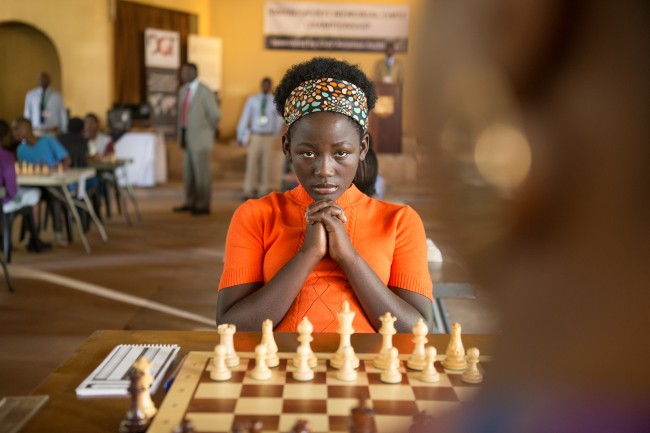 Madina Nalwanga is Phiona Mutesi in Disney’s QUEEN OF KATWE, the vibrant true story of a young girl from the streets of rural Uganda whose world rapidly changes when she is introduced to the game of chess. David Oyelowo and Oscar (TM) Lupita Nyong’o also starin the film, directed by Mira Nair.

After we watched the movie Disney wanted a quote from each of us. Here is what I provided:

Queen of Katwe hosted a roller coaster of emotions for me. It was inspiring, heartbreaking, frustrating, sad, and joyful. There were moments that shook my core. Over all I really enjoyed the film. I thought it was so inspiring with a great ending.

Queen of Katwe is rated PG, though I know for my own kids that my boys (7, 3) wouldn’t be interested. My daughter who is almost 11 would really enjoy it and I would feel comfortable having her watch it. There are some intense scenes and slightly scary parts, but nothing that I good conversation with her and talking about life wouldn’t fix. I think it is absolutely beneficial for our children to be exposed to life in different cultures. I know after watching this film I also felt very grateful for my own life, where I was born, the fact that I have a real home and running water. So many things we have to be grateful for and it’s great when a movie can help remind us of that. 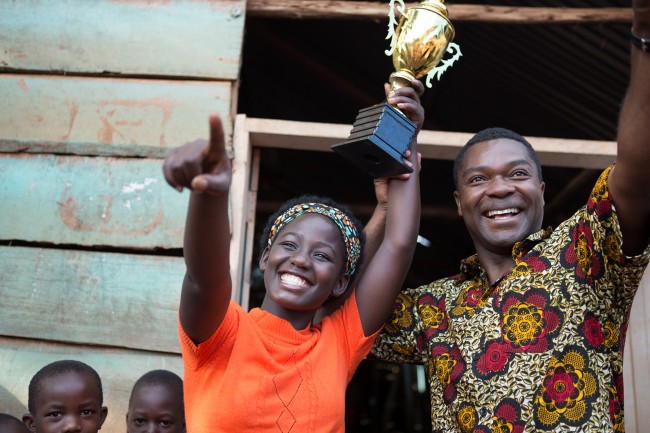 David Oyelowo is Robert Katende and Madina Nalwanga is Phiona Mutesi in in Disney’s QUEEN OF KATWE, based on a true story of a young girl from the streets of rural Uganda whose world rapidly changes when she is introduced to the game of chess. Oscar (TM) winner Lupita Nyong’o also stars in the film, directed by Mira Nair.

Queen of Katwe is in select theaters now and all theaters nationwide on September 30! Make time to add this to your weekend plans! It’s an awesome movie and you’ll walk away uplifted.