This post is in partnership with DreamWorks Animation. However, all opinions are 100% my own.

Are you a Trollhunters fan or even a Funko Collector? Then this giveaway is right up your alley because I’ve partnered up with Dreamworks to bring you this Huge Trollhunters Giveaway!!

Jim ventures deeper into the Troll world to battle the vicious leader of the Darklands, while his team works to maintain order in the human world. 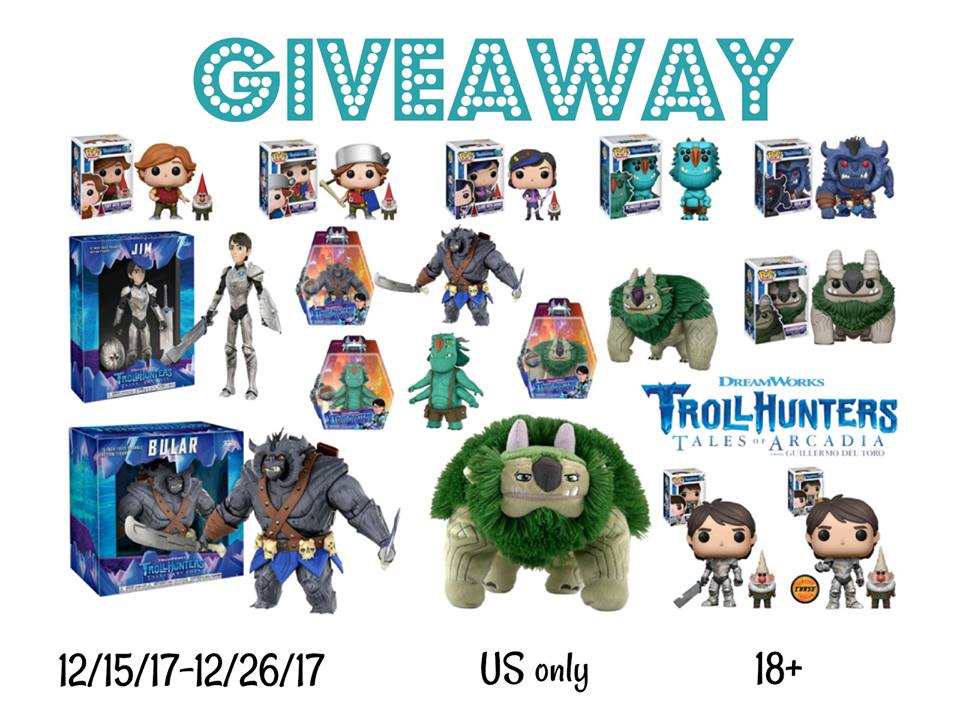 Winners have 24 hours to claim their prize via email.

Dreamworks is responsible for shipment of the prize not the individual blogs helping promote this event. Want another chance to win?? Enter this giveaway too!

Disclosure: The opinions expressed are my own and may differ from yours. Life with Heidi is not responsible for prize shipment and didn’t receive any compensation for this post. For questions concerning this giveaway or to host your own giveaway please contact heidi@lifewithheidi.com.