You are here: Home / Archives for Giveaway 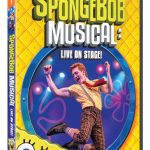 I've loved the music to this musical long before I even knew they filmed it and put it on DVD. I'm so excited for the chance to see this now on DVD since it is no longer on Broadway. What's it about? SpongeBob and all of Bikini Bottom face catastrophe – until a most unexpected hero rises to take center stage to prove that the power of optimism really can save the world. This one-of-a-kind musical event boasts the full, extended-length broadcast of the hit Broadway musical, plus an … END_OF_DOCUMENT_TOKEN_TO_BE_REPLACED 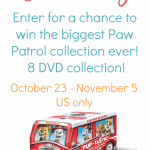 Exciting stuff is happening! PAW Patrol: PUP-tastic! 8-DVD Collection Limited Edition Marshall's Fire Truck gift set, the BIGGEST Paw Patrol set EVER is coming available November 10 just in time for your holiday shopping. This set features 8 DVD of your favorite Paw Patrol characters and is over 12 HOURS LONG! I absolutely love the darling box this set comes it. You won't want to miss collecting this limited edition gift set! PAW Patrol is on a roll with an 8-DVD gift set in limited edition … END_OF_DOCUMENT_TOKEN_TO_BE_REPLACED 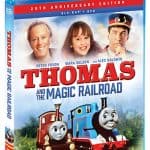 I'm really excited about this giveaway because I remember watching this movie with my nieces and nephews when they were little. It's crazy to think that Thomas and the Magic Railroad is kind of old, but it is and here we are with a 20th Anniversary Blu-ray coming out September 29. For as long as anyone can remember, the magical Island of Sodor has been the realm of enchantment, innocence, and talking train engines. Mr. Conductor (Alec Baldwin) is taking care of the whole railway whilst Sir … END_OF_DOCUMENT_TOKEN_TO_BE_REPLACED 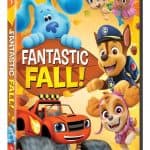 My kids LOVE DVDs just like this one. One disc that has a lot of episodes from a lot of their favorite shows. We have a couple different movies like this and they are awesome. After my kids watched this Nick Jr.: Fantastic Fall! they couldn't stop talking about all their favorite parts. It is very fun that all the episodes are Fall themed with some Halloween parties and Thanksgiving feasts too! The season filled with tricks, treats and thanks, is upon us! Help Josh and Blue figure out what … END_OF_DOCUMENT_TOKEN_TO_BE_REPLACED 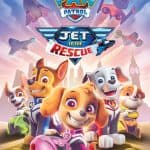 Just released is the newest DVD with our favorite Paw Patrol heroes: Jet to the Rescue! My kids said that this is their favorite Paw Patrol movie yet. They loved the story, they loved that it had Tracker and Everest and they liked that other pups got to take turns being the leader. Get ready to zoom back to Barkingburg with the pups in this all-new TV movie. When the scheming Duke of Flappington steals a powerful levitation gem from the royal castle, it’s up to the PAW Patrol to jet to the … END_OF_DOCUMENT_TOKEN_TO_BE_REPLACED 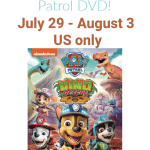 A couple weeks ago I was in the toy aisle shopping for a couple birthday presents and came across a cute new Paw Patrol blind bag toy that combined our favorite Paw Patrol characters along with dinosaurs. I thought they were so cute and knew my two youngest would like them so I bought a couple. I didn't realize the reason the dogs and dinos were teamed up in a toy was because of their soon to be released new movie PAW Patrol: Dino Rescue. A couple days later  I got an email about this new … END_OF_DOCUMENT_TOKEN_TO_BE_REPLACED 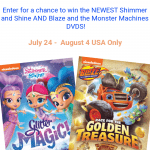 Though it's summer we've had quite a few summer storms which make for the perfect movie days. It's been awesome to have some of our Nickelodeon favorites come out with new DVDs so we could snuggle inside and stay dry and entertained with these movies. First up BLAZE AND THE MONSTER MACHINES: RACE FOR THE GOLDEN TREASURE My kids love all the Blaze movies we have. This one is especially fun because who doesn't love a treasure hunt? Arrrgggh you ready for high-speed, high seas, treasure … END_OF_DOCUMENT_TOKEN_TO_BE_REPLACED 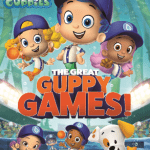 My kids love Bubble Guppies and so do I. If you've never seen an episode the Bubble Guppies are young mermaids in school. Each episode features clever songs surrounding the problem of the day and it's just so darling. There is a new Bubble Guppies DVD that just released May 12!! It includes a lot of fun new episodes! Get ready to dive into five swim-sational episodes packed with fun-filled sports and games as the Bubble Guppies take part in the Summer Camp Games, the Super Ballet Bowl, the … END_OF_DOCUMENT_TOKEN_TO_BE_REPLACED 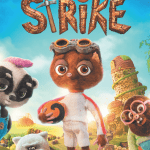 A new movie, especially right now, is a really exciting thing. My kids were really excited to have a movie night and prescreen STRIKE before it officially comes out. This is a darling movie. Check out the trailer: https://www.youtube.com/watch?v=GpY8FZXkJio Strike follows Mungo Morrison (Waterworth) as he struggles to save his family and community, while also trying to achieve his dream of representing his country in soccer during the Wild Cup in Russia. Mungo is a young mole who is due … END_OF_DOCUMENT_TOKEN_TO_BE_REPLACED 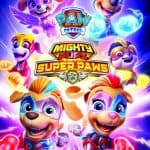 I have two kids that really love Paw Patrol. They have all the little Pup toys, many of the vehicles and some of the huge vehicle toys as well! In fact, one of my sons got these new Might Pup twins for Christmas! They are really popular at our house. My children were very excited to receive this brand new DVD this week. The pups are ready for MORE mighty action in these six Mighty Pups Super Paws episodes, including two double missions! Havoc takes over the town as the Mayor and the Kitty … END_OF_DOCUMENT_TOKEN_TO_BE_REPLACED 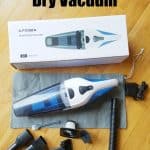 I was given this vacuum for review purposes. All opinions are my own. Your may differ. This post contains affiliate links. It's a new year and I've got the itch to clean, declutter and throw everything away. One easy way I'm getting that done is with my new vacuum - APOSEN Handheld Vacuum Cleaner with HEPA Filter. This vacuum is really fun and I'll tell you why. There are so many great features of this handheld vacuum that I'm loving.  The amazing features of this vacuum are: Durable … END_OF_DOCUMENT_TOKEN_TO_BE_REPLACED 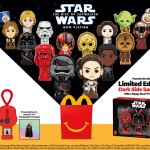 Hey Star Wars lovers, pay attention! This one is for you! Kansas City is a special city. It isn't just because I live here and we have some awesome attractions and restaurants. It's also special because it's one of the few markets that has the exclusive special edition McDonald's Dark Side keychain set toys. These sets are not being sold across the US, the Kansas City metro area is one of just a few select areas of the country selling the collector item. These are available to buy with the … END_OF_DOCUMENT_TOKEN_TO_BE_REPLACED 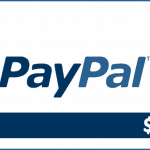 It's Giveaway time again! I'm doing a little holiday shopping. I've found some cute gifts for under $10 such as some simple tools, some classic games, a LOT of great toys, and a little odds and ends! So I thought, let me buy you a gift in the form of a $10 PayPal cash prize! This giveaway is open to people ages 18+. There are simple twitter entries. The giveaway will run from December 6 - December 13. Good luck! a Rafflecopter giveaway   … END_OF_DOCUMENT_TOKEN_TO_BE_REPLACED 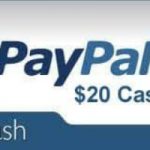 The holidays are here and we could all use a little extra cash whether it be for food, gifts, travel expenses or any number of things. I wanted to do something nice for my amazing readers and so I'm offering up a $20 PayPal cash giveaway!! This is a simple giveaway with just three options for entry below all revolving around Twitter. If you don't have Twitter, go make an account and come join the giveaway fun! The giveaway will run from November 24 - December 3. The giveaway is open … END_OF_DOCUMENT_TOKEN_TO_BE_REPLACED 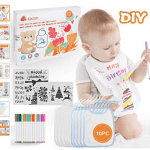 DIY kits are my jam! I love having a product that has a purpose to become something, but I get to mostly create it! This DIY Bib Kit is one of these fun things that I love! This fun set includes 28 pieces including 10 bibs, 14 markers, 4 stencil sheets and a fun time creating some darling bibs. I would love this set because I know my kids would all want to get in on the designing. While I'm sure a couple of my kids would like to use the stencils, I know at least one would like … END_OF_DOCUMENT_TOKEN_TO_BE_REPLACED