You are here: Home / Disney / A Night Out With the Mom’s of ABC

Disclosure: Disney provided an all expense paid trip to Los Angeles. All opinions and experiences are my own.

Towards the end of my trip to Los Angeles and after all the amazing set visits to The Middle, Grey’s Anatomy and General Hospital (post coming soon) we were able to spend an evening with several ladies that star in ABC television shows. These ladies either are Mom’s in real life or play on one TV.

We went to the a rooftop terrace at the ABC building that had seating set up in groups. There were appetizers, drinks and good company. The system was fun. We would take a seat in one of the groups and a couple of the honored guests would join us. We would chat about parenting and life and then after about 10 minutes they would rotate so that we got a chance to talk to as many people as possible. I was super nervous about this, but was quickly calmed whenever every turned out to be amazingly nice and really happy to be there and chat. They looked like they really enjoy a realizing, no pressure evening with us.

Because of the of nature of the visits I didn’t take a lot of pictures that evening, but I did grab a couple. 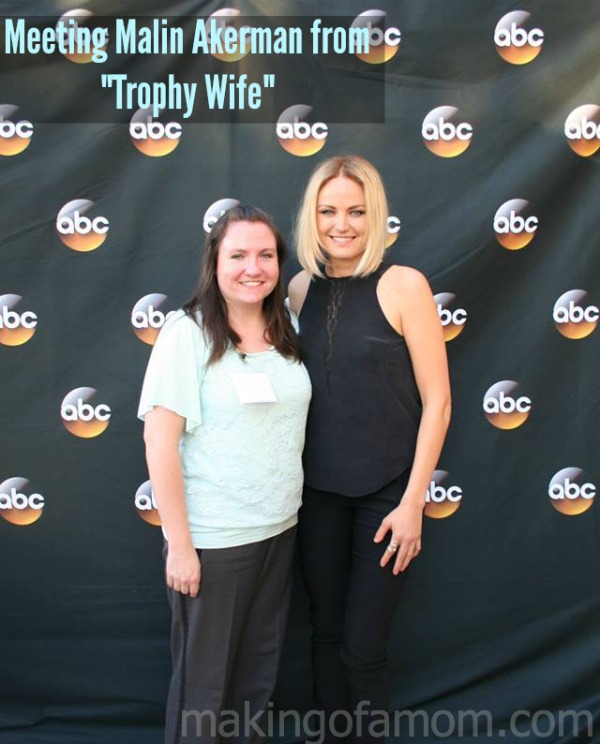 The first person I chatted with was Malin Akerman. She is on the new ABC comedy “Trophy Wife”. She is so nice and super funny. Her character on the show is pretty funny and I could tell she seemed to be pretty similar to that. We chatted about children. She has a 10 month old so she was asking for advice as her child grew. We talked about the difficult stages ahead of her – I’m sure she was super excited to go home to her baby after that! (hee hee)

One funny thing that happened when we were talking with Malin is that the waiter brought over some skewered chicken to see if we wanted anything to eat. I was too nervous to eat but Malin grabbed one and gobbled it up. She said “I’m a foodie, so I’m going to be eating. Feel free to eat too.” It was so funny! 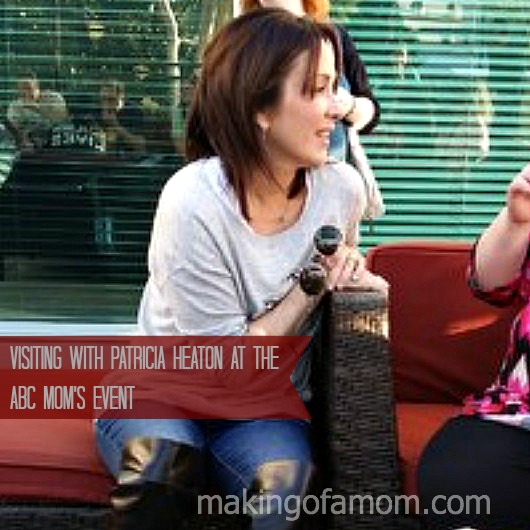 Next Patricia Heaton from “The Middle” came over and started talking to us. We had just seen Sarah Drew on the “Grey’s Anatomy” set and they have just worked on a movie “Mom’s Night Out” together and Sarah told us to tell her “hi!” Patricia said that she really loved working with Sarah on that movie. She seemed to be so happy that we had just seen Sarah!

With Patricia we got talking about food and cooking dinner. She said that she doesn’t cook – interesting. I would love to go out every night and not worry about cooking. Patricia is a Mom to only boys, so that was interesting to learn and talk about. Her kids are older than mine so she offered us advice about raising older kids and told us some things to expect.

The Middle is on ABC on Wednesday’s at 8/7c. 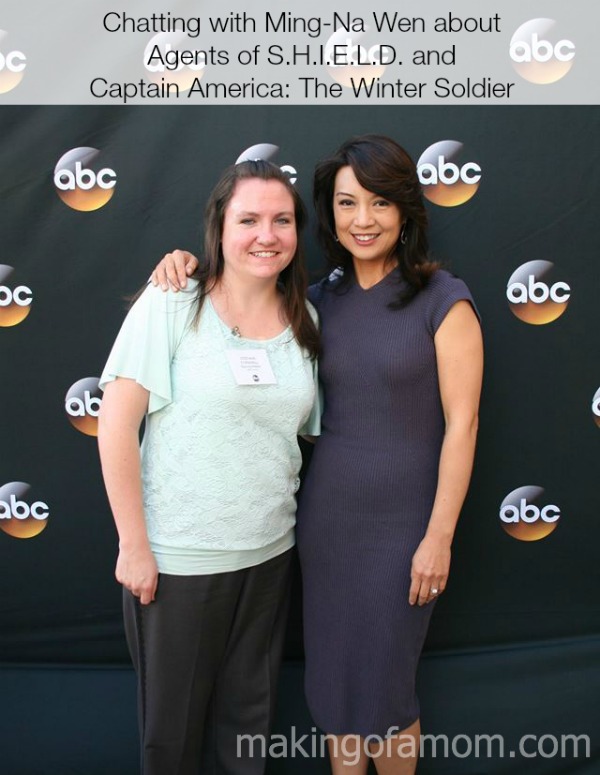 Next up chatting with Ming-Na Wen from Agents of S.H.I.E.L.D. It was fun to talk to her because we had just seen Captain America: The Winter Soldier and Kevin Feige had told us there would be fall out from the film into the show. She didn’t tell us details but she was so excited that we knew what happened in the film already. She hadn’t seen the film yet so she was a tad jealous! She mentioned that she loves to read blogs and tries to save money where she can. It was really fun to relate so well to her. 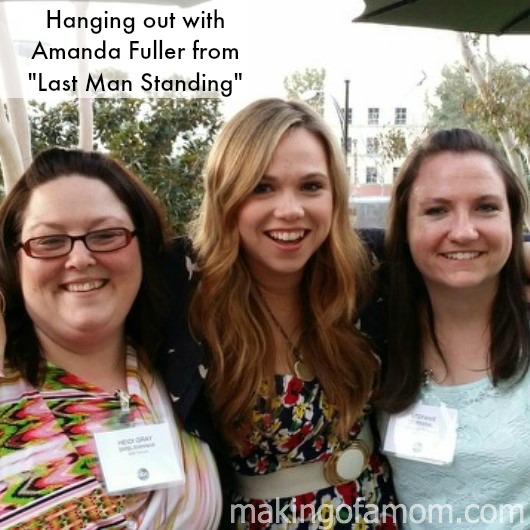 This is Amanda Fuller from “Last Man Standing”. She was hilarious! She is not a Mom but has played one on TV since she was like 15. Interesting fact about her is that she has made a guest appearance on Grey’s Anatomy. That got brought up because she asked what things we had done earlier in the day. What a fun way to tie some of these shows together.

Amanda was a lot of fun to be with. We chatted about normal things like boyfriends and parents. She was the last lady we talked to that evening and she needed to get going because her parents were in town visiting and she was going to take them to dinner. She was such a sweet girl!

Last Man Standing is on ABC on Friday’s at 8/7c.

Some of the other ladies that were visiting with our group but I didn’t get a chance to take pictures with were Wendi McLendon-Cover from “The Goldberg’s”. She was really busy. She stayed for about 20 minutes and then had to take off.

Frankie Shaw and Alexis Carra from “Mixology” were also there, but I didn’t ever get a chance to speak with them.

I did get a chance to speak with Toks Olagundoye from “The Neighbors” but I didn’t get a chance to take a picture. She was so sweet. What I love about her is that she is taking one day at a time. She feels blessed to be on “The Neighbors” and takes this job one day at a time. She is happy to live in the moment and be grateful for now instead of thinking of bigger and better for the future. She also was carrying around a purse that she had since she was little. It was a cute, colorful purse but I didn’t get a picture of it.