I received complimentary samples of these toys for review purposes. All opinions are my own, yours may differ.

We have a lot of energy these days from homeschooling and the weather that hasn’t allowed a lot of outdoor time. I received several packs of Wubble Rumblers a few days ago and they have been awesome with helping my kids get some good energy out. Normally I’d like the save toys this close to Christmas, but these were too awesome to sit in a closet. These Wubble Rumblers have been providing a lot of fun for my family. 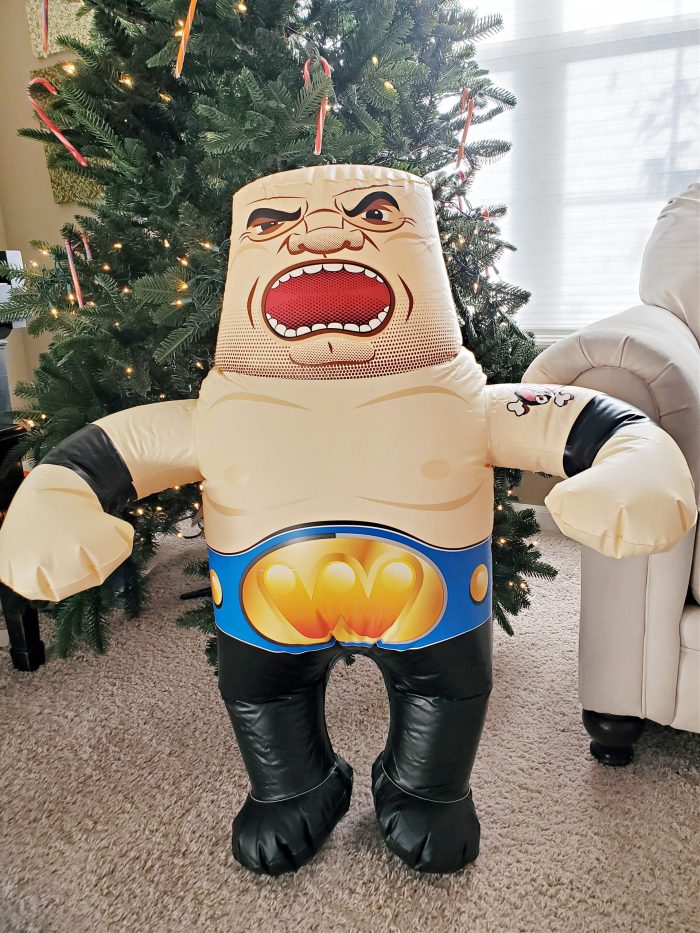 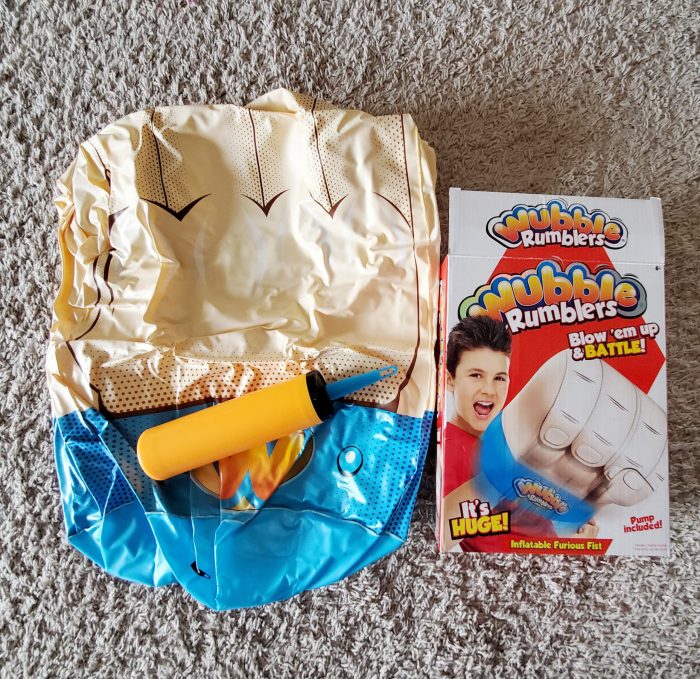 The kids think Wubble Rumbler Wrestler Fist is hilarious with it being so oversized. They love to go punch the wrestler or the ninja and send them flying in the air. They also just like to walk around the house with one giant fist. Their hands fit nicely inside the hand hole and it’s perfect! 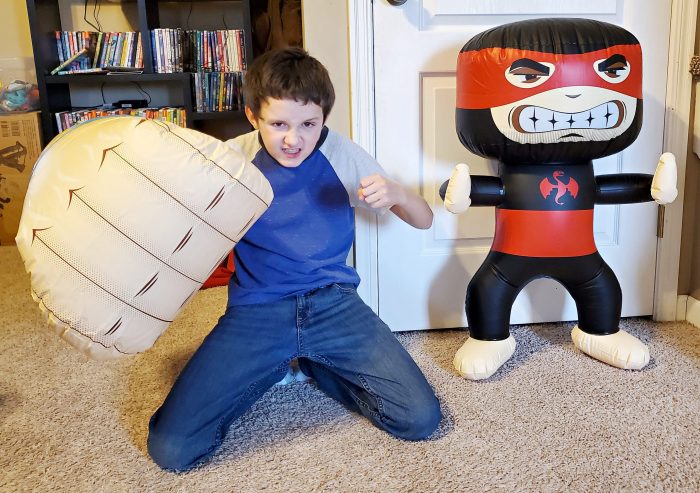 The Wubble Rumblers Ninja is similar to the wrestler in size. It’s equally sturdy and can handle the fighting and wrestling. Placing the wrester against ninja or one of the characters against the fist makes for some fun(ny) fights. 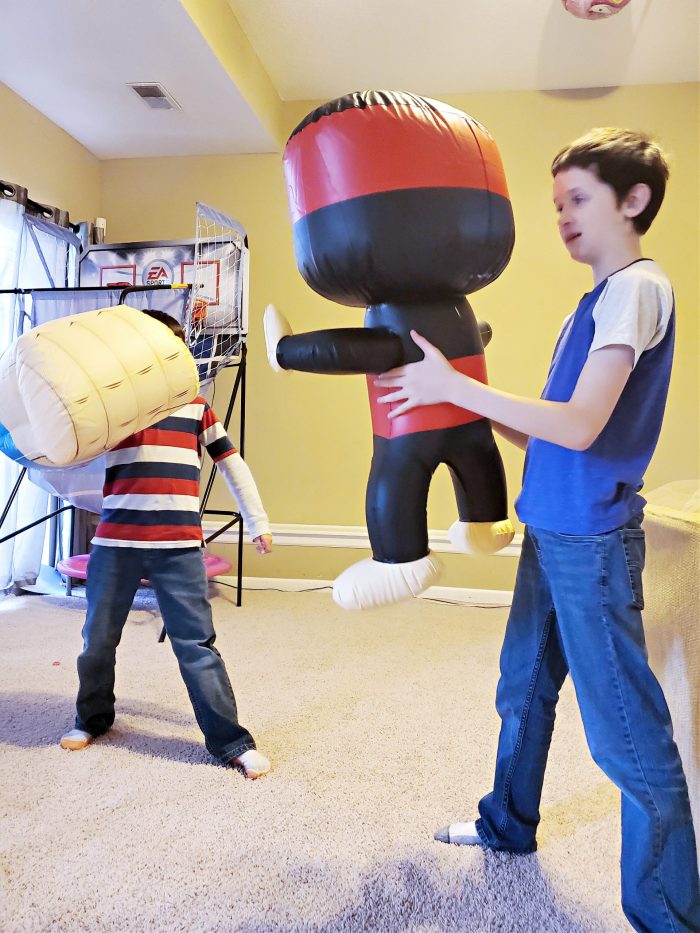 These toys are fun for the whole family, though intended for ages 6+. We’ve each taken some turns playing and wrestling with them. The Wubble toys are so sturdy. They are made from thick plastic. They each include an air pump for easy inflation, or re-filling if needed. The valveless system is super nice as well. Bop them or chop them, the Wubble Rumblers are really fun!