You are here: Home / Attraction Review / Spend Your Summer With Starlight Theatre

Disclosure: I received complimentary tickets for review purposes. All experiences and opinions are my own. Your may differ. 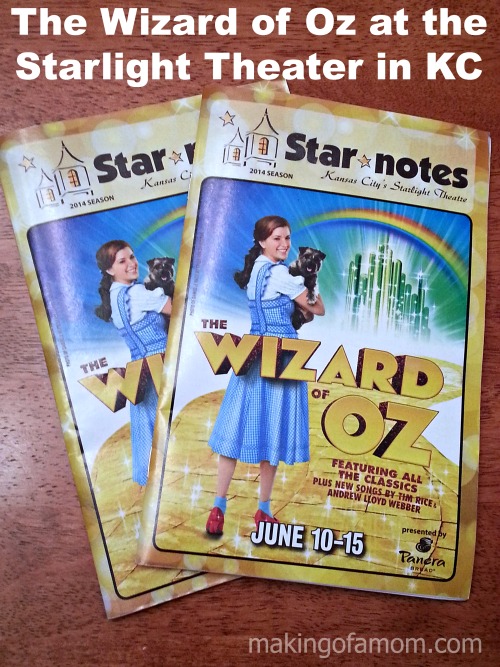 Summer in Kansas City means fun things at the Starlight Theatre – Broadway season! That’s my favorite time at Starlight because I am a huge fan of musicals! To kick off this season is The Wizard of Oz. The Wizard of Oz runs from June 10-15. This show is extra fun because they have a “Yellow Brick Bash” festival before the show. From 6-8pm every night of the show there is a festival with games, crafts and fun activities. My daughter and I had a lot of fun visiting each station and getting each craft made. 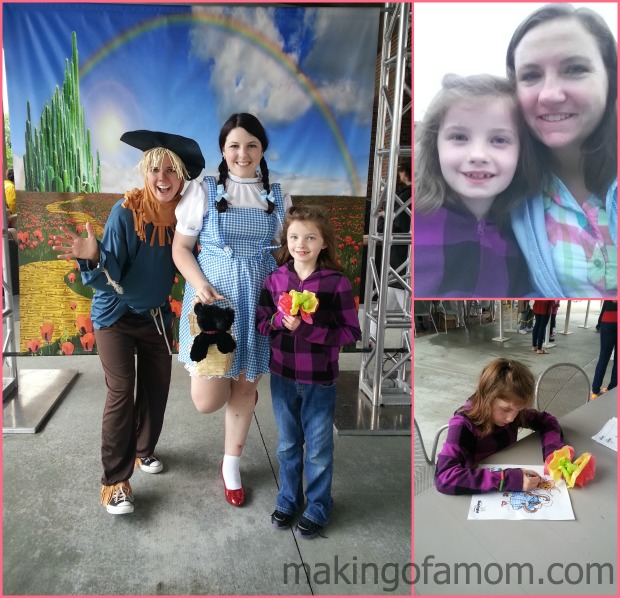 Another fun thing that Starlight Theatre does is nightly tours. There is a place at the back of the theater to meet up with some “Starlight Ambassadors” for a tour. They inform you about the theatre (it was a gift to Kansas City) and how every year they seem to make improvements on it. Back when it was built it costs about 1 million dollars to make. If it were built today it would cost 75 million dollars. We learned about the seating (it seats 8,000 guests but they have accommodated up to 10,000 before), the lighting and sound system. We also were taken backstage. We saw all the cool behind the scenes like costumes, wigs, actors getting ready, the infamous wall where stars leave an autograph, the stage, the scenery and rigging and all that goes on behind the set. It was so fun and so interesting and unfortunately, no photography allowed! lol

The Wizard of Oz is a fun, family friendly show (with the exception of one swear word which was totally un-needed and honestly really annoyed me that it was said in front of my 8-year-old daughter). The sets are bright and colorful. The costumes are nice. The story is similar to the movie, but as with most movies gone musicals there is additional story and songs. The actors did a nice job. Opening night is bound to have hiccups, which it did with the sound system, but it was quickly resolved.

These shows begin at 8:30pm so be sure to be prepared based on the weather. We went on a cool night so we were glad to have several coats. Most of the time it is warm so perhaps a fan would be nice to cool yourself. I also saw a lot of people with seat cushions. I didn’t mind the seats, but they can probably get hard to some people so the cushion is a great idea!

I love Starlight Theatre because it is such a nice space. The theatre is huge, the seats are nice, the facility is always so clean, the staff is amazingly nice and helpful. It is just a fantastic place to be and definitely a local business that I want to support. Are you looking to support Starlight this upcoming Broadway season? Take a look at the shows and see if you are interested: 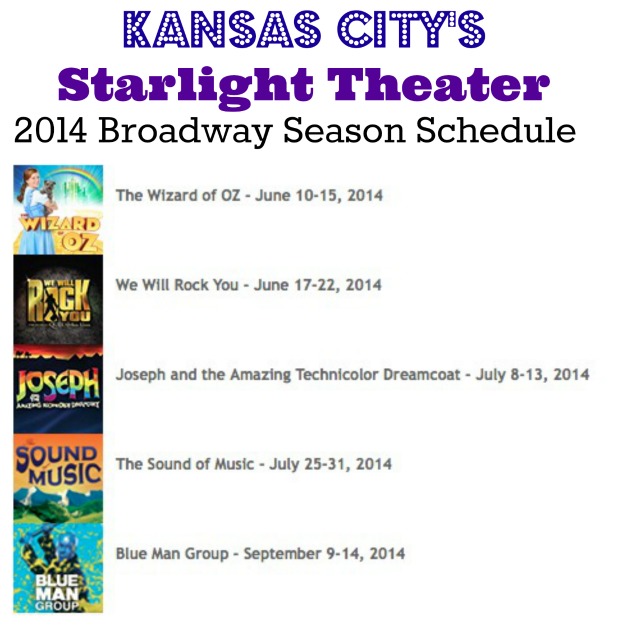 This year’s line up is very fun. Most of the shows are great choices and family friendly! I will also be attending Joseph and the Amazing Technicolor Dreamcoat so stay tuned for that in July. You can get social with Starlight Theatre on Facebook and Twitter.