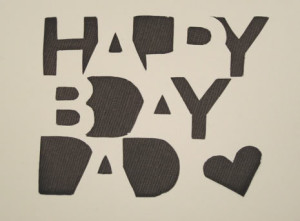 As it is with most cool stuff I find on pinerest when I clicked on the pin it was a link to a picture. Here is how I made cut file for the card.

You can import the picture into Silhouette Studio and use the Trace Tool make cut lines around all the black letter shapes. Looking at the cut lines that were created not all the edges were smooth or straight, it’s probably because that’s how the picture is so I decided to try make the cut lines by hand. 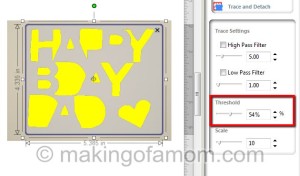 I tried drawing the cut lines for the card in Silhouette Studio; it was easy to make the straight line cuts but trying to make the curved cut lines was a little more difficult. Most of the time I was fighting against what Studio thought I wanted to do. I decided to abandon doing it in Studio and just do it in Inkscape.
For those of you that don’t know Inkscape is a vector graphic editor program with capabilities similar to Adobe Illustrator. Have you ever noticed when you make an image bigger or zoom in on it, the edges get all blurry and pixeled? With a vector graphic you can zoom in or enlarge the image as much as you want and the edges will not get blurry or pixeled that will remain smooth.

I imported the picture of the card into Inkscape and then started drawing the black letter shapes on the card. I used the Bezier tool to draw the shapes.  I would start and end my Bezier line at the same spot so I would create a shape instead of just a line. I used guide lines to define the top and bottom of the letters because they were not all the same height  I also put in guides lines for the corners of the letters and then as I was drawing the bezier line it would just snap to that point. When I was done, I deleted the picture of the card and saved it as an .SVG file. Here is a picture after I had drawn all the letter shapes. (If you would like me to make a video of drawing the letter shapes in Inkscape, let me know in the comments and I will see if I can put something together)

In order to open SVG files in Silhouette Studio you need to have Designer Edition. I opened the SVG file in Studio and then made cut lines for the card itself. I wanted the card to fit inside an invitation size envelop so I made the card 8.5 inch x 5.5 inch, with a perforated fold line across the middle. I usually make fold lines for cards by making a square that is half the height of the whole card (4.25 x 5.5 in this case), and use the Align Tools to align the whole card and the half square with Align Center then Align Top. 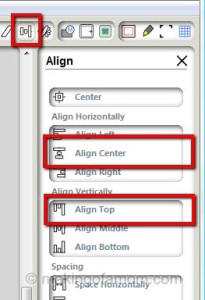 I draw a cut line across the middle  and then delete half square. Instead of putting a heart in the bottom right hand corner of the screen I found an SVG file of a hammer. To add cut lines to the SVG files, click on one of the SVGs, go to the Cut Style Settings and click Cut Edge. Now the card is ready to be cut out. 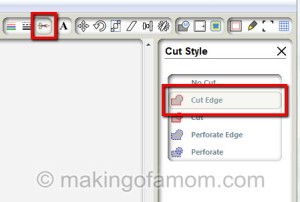 To match the card in the picture I also cut a 4.170 inch x 5.5 inch black square to go behind the cut out letters on the inside of the card. Here is a picture of the finished card. 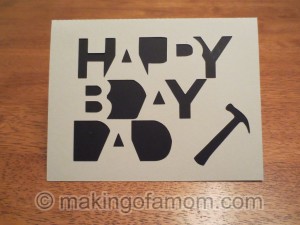 Here is the download for the door and windows cut file.

If you want to see how I made the letter shapes in Inkscape I can try and make a video that show me doing it. Let me know in the comments.

Silhouette has monthly promotions so be sure and check the Silhouette store to see the bundles sales and the special materials discounts. You have to have a discount code for sales prices to appear so use discount code MAKING for sale prices!

Last week’s tutorial was how to make a Pretty Pink Castle Valentine Mailbox.

Have an idea for a project you would like to see as a tutorial, leave your idea as a comment or send an email.