You are here: Home / Uncategorized / I Promise I Wasn’t Speeding- Part 2 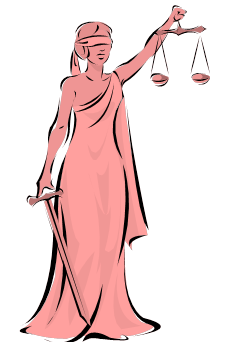 A little bit of back story…in my original post, I didn’t mention that when I was pulled over, my kids were terrified that I was going to jail. Couple that with my saying something about the ticket costing an arm and a leg and my poor kids have been picturing me in a jail cell missing a limb or two. My oldest made me promise before I left for court that I would call home to let her know if I was going to prison.

I went to court to contest my speeding ticket and after waiting an hour for the judge- he was coming from court in a different county that ran late- I was thankful that my last name starts with a C! Thank you alphabetical order! My conversation went like this:

Judge: “Miss Carr, you’re here tonight about a citation for blah blah blah, section something, code number whatsit. Do you understand?” (okay, so I paraphrased a little…)

Judge: smirking “And how do you plead?”

Me: “uhhh…not guilty?” Then under my breath to the cop sitting next to me, “Is that was I’m supposed to say?”

Judge: smirking harder “Well, you have three choices. You can plead guilty, no contest– in which case I can still find you guilty- or not guilty and then it becomes the city’s burden to prove without a doubt that you were speeding.”

Me: “Okay. Definitely not guilty.”

Then he set another date at which I need to appear to see if they can prove that I was speeding- which they can’t, because I wasn’t! Woot! But I need to take my previously stated defense with me just in case…